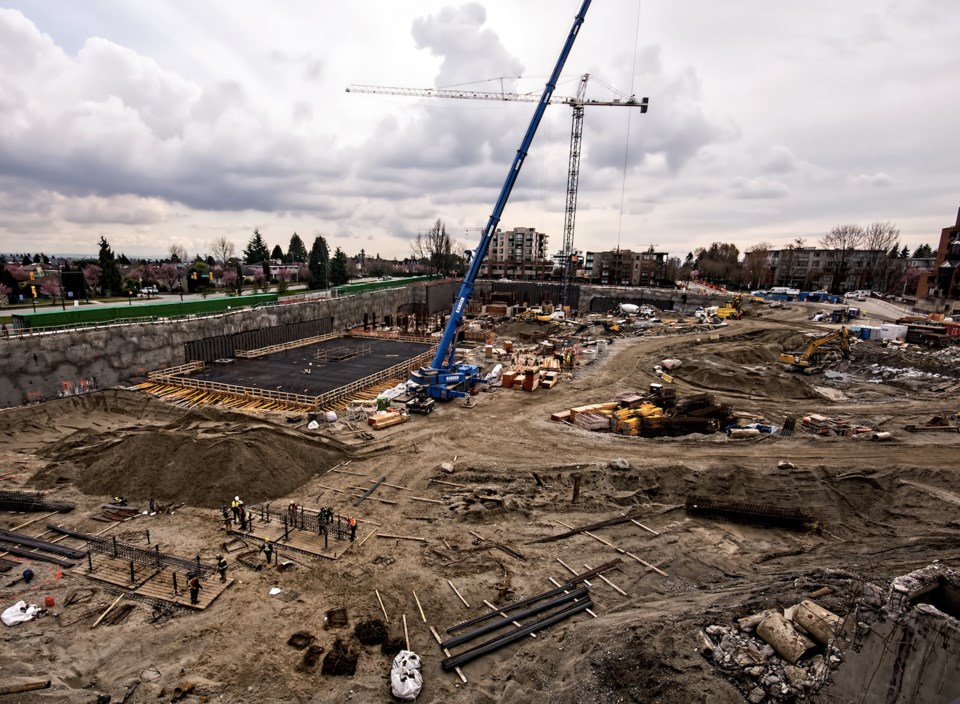 The total value of residential building permits issued in Canada in April pulled back from a peak in March, led by a double-digit decline in British Columbia residential construction.

More than $7.7 billion in residential permits were issued nationally in April, down 6.7 per cent from a record high of more than $8 billion in March.

Monthly declines in B.C. and Quebec home building contributed most to that change, according to new data from Statistics Canada.

Saskatchewan’s April building permits increased 16.1 per cent from March – the largest month-over-month increase in the west – led by a 38.7 per cent rise in non-residential construction. The provincial permits totalled $147 million in April, up 74.9 per cent from the same month a year earlier.

Manitoba, which has seen total building permits rise 30 per cent year-over-year, suffered a 7 per cent decline month-over-month to an April tally of $292.4 million.

In B.C., the biggest building site in the west, overall declines in permit values were concentrated in Metro Vancouver (-28.9 per cent) and Abbotsford-Mission (-62.4 per cent). Values edged down in Kelowna (-1.6 per cent) but soared 47.7 per cent in Victoria.

Year-over-year, building permit values in B.C.'s capital region were up 116.6 per cent in April to lead all Western Canadian cities.

Nationally, total Canadian building permits in April reached $11.1 billion, down 0.5 per cent from March, but non-residential construction was up 17.4 per cent, month-over-month, to nearly $3.4 billion, Statistics Canada reports.